The Waiting Room Reader: Stories To Keep You Company, Vol.1 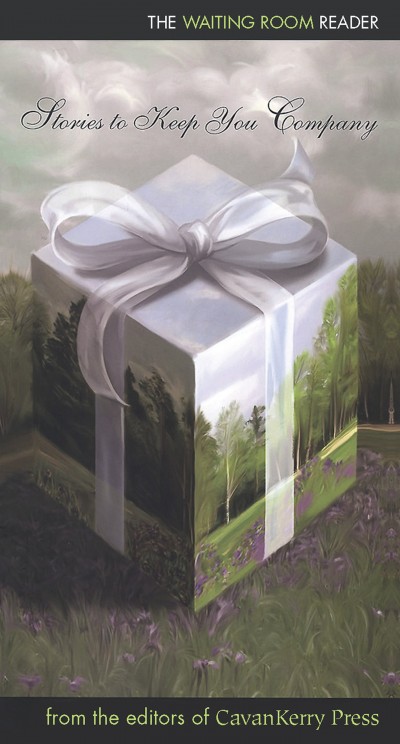 The Waiting Room Reader: Stories to Keep You Company was published in 2009, with generous co-sponsorship by The Arnold P. Gold Foundation for Humanism in Medicine and support from the Liana Foundation. This series, which is designed to help reduce the stress and anxiety of patients and their caregivers waiting for medical care, follows a belief that high quality literature should be available to anyone when they might need it most.

“Like you, we too have been patients in waiting rooms of doctors’ offices and hospitals. Sometimes for routine care; other times for critical care. We too have waited for x-rays or our annual physical. We too have undergone surgeries and waited long hours alone while a loved one—somewhere beyond our reach—drifted in and out of surgery-induced sleep. In all cases, the wait seemed endless. We’ve needed patience; we’ve needed laughter; sometimes we’ve needed hope. We’ve wished we had company. We thought you might need these too.

In that spirit, we have gathered here a collection of stories and thoughts that focus on life’s gifts and experiences: love and family, food and home, work and play, dreams and the earth. Each piece is short—a page or two at most, some a few lines—to read in any order. So start anyplace; read one, read two, read them all. Hopefully, your wait will seem shorter.” —Joan Cusack Handler

How to Fall in Love with Your Father

On a Beethoven Cello Sonata

Why I Don’t Drive a New Car