Roadblocks to Intimacy and Trust VII The Struggle Towards Commitment 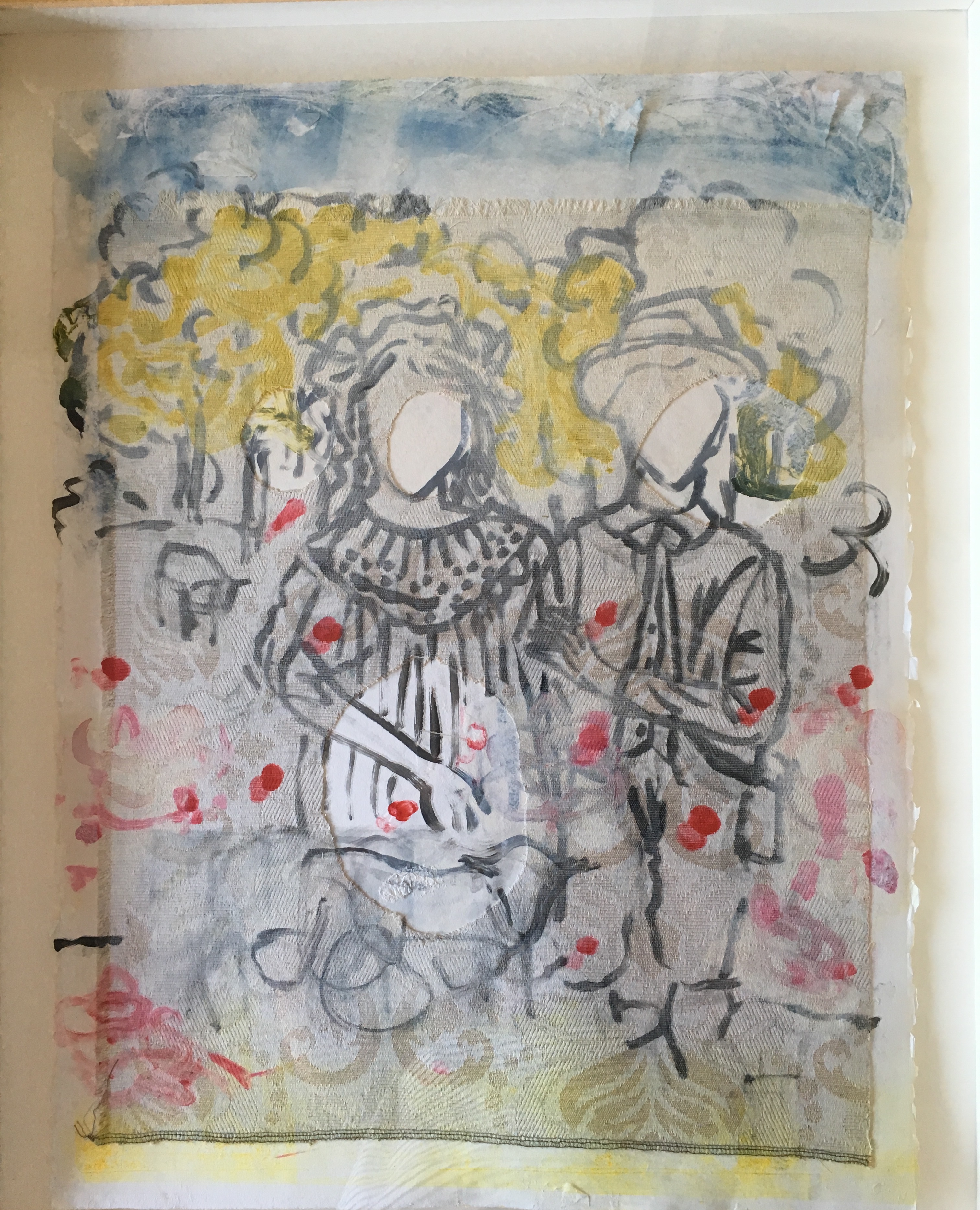 Note to Reader: As a licensed psychologist, I strictly adhere to the ethics of confidentiality; therefore, I do not use/make reference to any patient/client information in the pieces I write. The only data I use to explore these psychological issues is my own.  The Roadblocks to Intimacy & Trust Series will include several pieces related to the effects of early relationships on the development of trust and intimacy.

I’d been single for over eight years and complained bitterly to my therapist that the only men I met were either unavailable or competitive: committed to proving they were smarter than me, when he suggested that I attend a psychology conference going on that weekend at NYU where I was studying for my doctorate. I hated conferences but decided to go out of a commitment to not turn away from any reasonable opportunity to meet a man with whom I could potentially develop a consistent relationship. My therapy had brought out the fact that though consciously I wanted to marry again, my past history—namely conflicted relationships with my mother, brother, and ex-husband resulted in my unconsciously ‘choosing’ men with whom I could not find permanence (either married or emotionally unavailable). So my needs for intimacy where taken care of, albeit temporarily and to a limited extent, by dating men who offered nothing beyond a pleasant evening or series of evenings. It’s important to note here the reason for the unconscious sabotage. What I wanted consciously conflicted with what compelled me unconsciously. Though I desperately wanted to have a committed relationship, unconsciously I didn’t believe that men were trustworthy. My experience growing up taught me that. The people that I loved abandoned me; loved me conditionally and only sporadically. So my protection against repeating what I knew would be ambivalent love, was to choose ambivalent lovers—men who would prove that I was right. They too were unsure about or incapable of a stable relationship. That way I was safe. I could have closeness without danger of permanency. Intimacy with a truly loving man was a fiction. Hence I had to protect myself from the possibility of a permanent relationship. Going to the conference was part of my commitment to take the chance of meeting available men.

And so I went to the conference. There I met Alan—tall, gloriously tall, good-looking and shy. Not surprisingly, beyond the thrill of his height and attractiveness, it was his shyness that caught me most. Like me, he was clearly not comfortable in these forced meetings, and it showed on his face. His handsome confident features were softened to those of a young boy when he entered the room. I recognized the self-conscious movements—the tentative smile, the eyes that searched the room for a friendly face. I was drawn to him as to a friend I had known for years. I was amazed to see a man so open and vulnerable yet so stately and elegant. Most men carried themselves with reserve and postured strength and invulnerability. It took many meetings for the softness to be revealed. Yet here was a man who clearly did not posture; he was not armed with any persona but his own. He was utterly human.

That was February,1978. One year and one half later, we were married in the house he was building when I met him. The following July, we had our son, David. Last September we celebrated our 38th wedding anniversary.

Ours is a rich life; we are very good friends and we love each other dearly. He is a very funny man and we laugh a lot—as often as possible in fact. More than anyone I know, except my best friend Carol, Alan has supported me in every way. He fully believes in me and has been the one who stood beside me in every new venture—from teasing out the research, typing my dissertation and cooking meals while I rested during the final stages of my doctorate (I graduated with my Ph.D. in June of 1979 during our first year together), to encouraging me to finally start writing (poetry) which I had long talked about but never seriously pursued, to supporting and providing the seed and sustenance money for the literary press I started a few years ago at a time when, following our son’s graduation from conservatory (he is a violinist and composer), he expected that we would retire to no commitments and total freedom. More than anything, our life is enriched by our deep trust and utter commitment to each other.

That is not to say that it has been clear sailing throughout. Though we were in love pretty much from the outset, with the issues that each of us came with, our relationship has been clearly challenged—several times. Besides the fact that we were different religions, which did not matter to us but caused a great deal of conflict in his family, we both came from powerful, controlling mothers and kind but passive fathers. Alan had never been married before –he was 40 when we married and like my mother, his felt that no one was good enough for him. Though I was fine intellectually and professionally, I was too tall and I was not Jewish. But the rejection was far more primitive than any of these things. These were the things his mother hung her hat on. More than anything, she was enraged when Alan, her only and always compliant son, stood up to her and married me despite her disapproval. He had finally said ‘no’ to her as I had said ‘no’ to my Mom—ironically both refusals regarding marriages. He had crossed a line – separating his will from hers – and he refused to be pulled back no matter how she tried. She was everlastingly injured (she died 10 or so years later without ever having made peace with him: though she continued to see us, she continued to be wounded and critical of him) and she took out her pain in harsh and bitter ways on both of us.

Thus, we were both always expecting criticism and were hypersensitive to any suggestion of control. This made for very difficult ‘exchanges’ of ideas and differences of opinion. To complicate things, because our fathers were each powerless with our mothers, we always regarded ourselves as alone and without protection. We could not count on anyone to come through in a pure and loving way for us and that transferred eventually into a deep mistrust of each other. Yet, in order to develop a deeply intimate relationship, we’d have to open up in ways that we hadn’t since childhood. That meant being vulnerable to each other in much the same way we were with our parents. Terror—conscious or not – went with that nakedness. Though we each craved closeness, closeness could be dangerous. We began the dance of moving towards each other then away.

Because we each expected the other to do what our mother’s did, namely, dictate and control, we responded as such. So, when he, a quiet man generally, became silent in anger and did not speak, I not only felt the frustration and pain of being what seemed like frozen out, but also a groundswell of those feelings associated with my mother’s silences that I had repressed for so long. Rather than regarding his silence as a natural response from an otherwise quiet man, I saw it as something he was doing to me, something he was withholding from me—a punishment perhaps, like my mother’s refusal to speak then her demands for kisses. Likewise, he saw my crying and pleading for him to speak as histrionic demands reminiscent of his mother’s emotional manipulations. Hurt and tears were part of both hers and my emotional apparatus but Alan’s resistance and rage over mine (which resulted in even greater silence—he’d walk away and refuse to deal with me at all) was associated more with the powerlessness he felt as a boy with a mother he could not please, than it had to do with me. So whatever anger or frustration we felt in the current situation was intensified by the well of rage and mistrust that we carried with us from childhood. So arguments accelerated rapidly into battles. We saw our spouses as repeats of our parents.

Both very vulnerable to criticism, we took opposite routes to defending against it. Alan emulating his mother, took on her disapproving tone in his dealings with me who, in this psychological triangle, had become the replacement of himself. I, in turn tried to inhibit or stifle the criticism by ‘dancing as fast as I could’ (as I had with my mother, Sonny and ex-husband!) – trying to anticipate his wants and needs and wrapping myself around these, meanwhile harboring resentment for his failure to turn himself inside out for me. When the inevitable criticism lunged, I was devastated that one so devoted and giving as I could be treated so poorly. Wounded and desperate for his approval and reassurance, I’d pursue him relentlessly until he refused to continue the argument and left the room.

So into this room with two people who love each other (or at least thought they did until this bonfire erupted), come two strangers, too crazy nasty strangers who have to be warded off or defeated. Marital therapy which we pursued during two particularly painful crises, states that there are actually six people in a marriage—the couple and both sets of parents. Acceptance of parents in the closet, sitting at the breakfast table and under the bed may not be a comfortable concept, but it is real and it is helpful. And it’s the only way I know of to make sense of the multitude of fixes and deadlocks that are part of every marriage. Therapy provided us with an objective third party listener/observer who helped us tease out what belonged to us personally and to our interaction and what belonged to old unresolved wounds and betrayals that we were acting out.

People often wonder what it is for two psychologists to marry and I’d say that we have the same problems as all married couples but we have a framework and a vocabulary for understanding or approaching them. But clearly that didn’t mean we could always ‘fix’ them ourselves—like everyone else, we’ve needed an objective person to help us tease out what is actually going on. What belongs to today? What belongs to the past? The advantage we have though, as long as we don’t use it against each other (and we don’t), is that we understand human behavior and have each studied ourselves extensively (much of our therapy is required by our training) and are basically honest about our own ‘baggage’. That package you might say allows us to ‘cut to the chase’ quicker than most. I can’t imagine living with a person who I could not share that view of the world and people—it is a grass roots commonality in our marriage that I am very grateful for. We’re like two mathematicians or two athletes—we share a common landscape and language.

I am ever grateful.

Roadblocks to Intimacy and Trust VI

Roadblocks to Intimacy & Trust: VIII Parenthood? Not Sure? This Time the Ambivalence Is My Own