In Defense of Personal Poetry

Political poetry, the poetry of nature and the poetry of ideas have long been well regarded and published. Not so, however, with what I call personal poetry ( often mistakenly referred to as ‘confessional’ poetry) which focuses on the emotional/psychological fabric of the individual that dictates who we are in relation to ourselves and the people in our lives—spouses, parents, children, friends, bosses, enemies etc.

That is not to say that some emotions are not well represented in poetry. Love—lost, found or recognized certainly is; sex is (in some arenas), of late anger is, but anger directed toward society or government. Righteous anger. But what of the less socially acceptable, less seemly anger that lurks inside each of us in the darkness reserved for the forbidden. Anger at spouses, parents, children, siblings, anger at illness, death. What about greed, envy, jealousy, shame? What about physical and psychological pain? Aren’t these appropriate territory for poetry? How about our primitive wishes to merge and our adolescent struggle to assert ourselves and our adult needs for both? The eternal battle of intimacy that is the fact at the base of every relationship. Self-doubt regarding religious or political beliefs is more acceptable than the self- doubt that makes us afraid to commit, to parent, to encounter new people or welcome new ventures.

Poetry seems to venerate the grand mission; that which addresses the world rather than the individual. That which extoles intelligence but shuns feelings. But what could be more basic than the individual in relation to him/herself and his/her world? His/her day to day internal life? Why is this life less important? It was fodder enough for Chekhov, Dostoyovsky and Kafka. Shakespeare too—MacBeth’s pride, his wife’s greed, Hamlet’s weakness and his incestuous feelings for his mother, Iago’s envy. It was these internal very human but unchecked emotions that eventually moved history. It is that life which resides in the human psyche that starts and ends wars. That explains behavior. It is that which compels us to act or nor act, to choose one path over another, to nurture or destroy. The first act in the human drama, emotional life precedes thought and ideas; it is their root. It was Freud’s discomfort with eye contact that eventually sent him in the direction of the couch as the preferred mode of treatment. It was Hitler’s greed and terror of his own insignificance along with his shame of his own Jewish heritage that fueled his unbridled rage and malevolence and compelled him to annihilate a whole universe of people unlike his own idealized self. One of the great satisfactions of reading the literary masters is their uncanny wisdom about the human psyche—their ability to apprehend the individual at his/her source. To expose the internal life that informs all human activity—large scale and small. This is literature’s original work.

Why is it then that the individual voice tends not to be respected in contemporary poetry unless it is speaking for society or for another? Much has been said to dismiss the validity or more accurately the significance of personal poetry. It is thought to be too self-involved. True, some of it is solipsistic and has an ax to grind, some use the poem as podium (as does a great deal of political poetry—yet somehow politics is an acceptable subject for a podium); some make no attempt to connect with the reader, the result being that the reader feels that he/she is reading the poems to service the speaker. That level of narcissism is abhorent in any circumstance as is the puffed up pedant or clown who monopolizes the conversation at the local bar or dinner party. Unquestionably, self involvement for its own sake is distasteful, often dishonest, even immoral.

But these are not the poems I’m defending. Self-involvement that leads to self- exploration is to be admired and encouraged and not just the exploration of ideas but the less conscious territory beneath the ideas that fuels them, that often creates them. One of our most noble tasks as humans is to find and explore the bumps, scars, dents, and flourishes of our own life story—even the less seemly, less grand, seemingly less essential ones that trouble us. This is worthy work. Worthy of respect, worthy of art, worthy of poetry. The individual as subject: for just as it is immoral to sacrifice the whole for the individual, so too it is immoral to sacrifice the individual for the whole.

Interestingly, many people admit, though sheepishly, to writing poetry. Despite their reading or educational history, they turn to it when they need to make sense of their lives. When they are burdened or hurt, they turn to poetry to heal. What greater tribute to poetry is there? Yet, these same people don’t tend to read contemporary poetry. Why? Are they narcissistic? Only interested in their own experience/perspective? I don’t think so. I contend it’s because contemporary poetry does not include them. It does not speak to them. It is not relevant to their lives. We need to change that. Big topics—war, peace, politics, and the environment are hugely important topics; bless those poets that confront them. But bless those too that confront the smaller domestic country inside each of us.

Personal poetry that is honest and stems from the sincere wish to communicate with a reader can certainly be, and if it’s good usually is, universal (the excellence of the craft a given) in the same sense that it is universal to be human. Feelings, in all their variations, are universal, just as eyes are and brains and toes. And feelings are inevitable. They are part and parcel of being alive. They are there despite our wish that they not be. (If wishing away or denying really worked to erase them, we would all be rapidly eliminating the difficult, more painful ones and psychotherapy would virtually disappear as a profession. Confrontation is the only effective route to deflating or at least minimizing their negative impact). These need to be addressed in poetry too.

What we do with those emotions and how we react to them is another issue. All too often people regard feelings themselves as the culprit in human conflict and defend themselves against knowing that such feelings even exist in them. As if to recognize anger or rage in oneself is to kill or maim or run down Lexington Avenue tearing one’s clothes off screaming obscenities. Or to admit envy is to destroy the competitor or greed to steal and pillage. Nothing can be further from the truth. Emotions are separate from our reaction to them. Character is built on one’s ability to confront one’s feelings, not deny them. (In fact, denial of a particular feeling often makes it more potent, voracious in its demand for expression, so it becomes subversive. No envy is as deadly as that which is not confronted by the individual experiencing it. It has to find circuitous, devious routes to expression. Therein lies its potential to destroy. Whereas envy that is recognized is within the control of the person in which it lives—one can decide not to indulge his/her wish to destroy the other by admitting his/her own terror of insignificance that is often the root of envy.) No feeling, consciously confronted demands a certain reaction—the more we know about who we are and what we feel, the more we are able to choose our response to those feelings. One can decide not to respond or to modify a response only if he/she admits to what is there in the first place. That’s what therapy is about; introducing us to our own unconscious impulses—making conscious the unconscious. Again, why is poetry not an appropriate arena to address that very human struggle?

On a more personal level—for it is our own proclivities that dictate and moderate our poems and our preferences for poetry—I am a psychologist; my focus is on the individual. My subject matter is the exploration of feelings and psychological defenses and my professional project and commitment is to help individuals uncover and eventually deal openly with theirs. Most people believe that they alone have the feelings and histories that they do. No one else feels such guilt, such shame, envy, hatred. Rejection of the self and self-hatred usually accompany such awarenesses. Perhaps the most important work of the therapist is the acceptance of the individual in all of his/her frailty. Isn’t this art’s/poetry’s work too? People need to learn how to forgive themselves and accept the fact of their humanity, their troubled histories, their imperfect marriages, children, motives. These are the places where they live, where they spend their energies, where they succeed or fail. I’ve spent over thirty years working with individuals who are struggling to come to grips with, are sometimes even paralyzed by, the emotional and psychological fabric from which they are woven. The isolation that imprisons them is the cell created by censorship—initially from the world which is incorporated and turned on the self.

Not all of us are broken, but we are each damaged in our own way. And we are each alone. And we know that we are alone. This frightens us. Despite our attempts to deny it, pointing to the pleasures of solitude which are in truth abundant, somewhere deep in some child place we are frightened–of the loss of love, of criticism, failure, pleasure, illness, death and of facing these alone. These life circumstances and the silent terrors that accompany them are what joins us together, what makes it impossible to separate us –despite differences in color, sex, ethnicity, history, religion, intelligence, economics, age. This is why we can read poems and stories of people who lived centuries ago and find ourselves there. It is the challenge of poetry, as I believe it is for all the arts, to help us open to ourselves and each other. To ease in some small measure that essential aloneness that is both gift and burden of this human condition. To say to each other, I know how you feel. To not only share our food and our shelter, our common good, but our secrets, our stories, our joy, terrors, shame and indecision –that which makes us one.

Finally, I can almost hear dissenters shouting, pounding the table: poetry isn’t therapy. Poetry isn’t responsible to lift the yoke of its readers. I agree: poetry is not therapy (though it is often therapeutic). Poetry is not responsible to anyone or anything but to the art itself: its product the unique way that each individual imagination reveals itself and its world—its authenticity, commitment to honesty and the possibilities of its craft. That said, the argument put forth in this essay would not be necessary if a conservative, intellectual elite did not preach that the self isn’t worthy subject matter for poetry; rather, poets are responsible to serve the greater good and society. 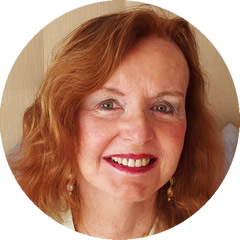